Watch Out Agents, California is Sweating the Small Stuff 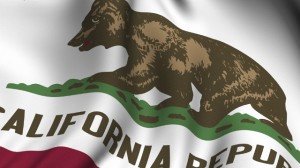 The State of California Bureau of Real Estate recently announced that it has updated its policies surrounding compliance laws. Specifically, it has instituted a “cite and fine” policy for minor infractions, with fines up to $2500.

According to their report, “A citation or other formal action will be considered when a violation is found after an investigation, audit, or examination of a licensee’s records by CalBRE in response to a complaint, through random selection of a licensee for an office visit, or from completion of a routine audit. Depending upon the nature (such as the level of seriousness and potential for harm) and type of the violation, the appropriate action will be determined.”

According to Realty Times, “The Bureau says that “a citation is likely the appropriate action” in cases of “relatively minor and technical violations, especially in those instances where there has been no injury or loss to a consumer…”. They include in their examples of relatively minor violations “failure to disclose a real estate license identification number in their first point of contact advertising material”. It seems a safe bet that another kind of violation that will make “easy pickings” and that will fit the “minor violation” criterion will be non-compliant signage such as signs that do not adequately identify the employing broker — signs where the agent or team name is in very large print and the broker’s name is in very small print.”

Basically, the new policy is meant to reduce the red tape involved in investigating and punishing minor infractions. Rather than holding expensive and lengthy hearings, the Real Estate Bureau will instead make quick assessments of infractions and issue fines, accordingly. So be careful, California real estate agents. It’s time to start paying attention to the little things. If you don’t, it could cost you.